SilverTQ, LLC has admired and carried hand carved Native American table fetishes or figurines for the past several decades.  Fetishes are mostly carved by Zuni artists, but there are excellent Navajo fetish artists as well.  The artist is always identified on the carvings that we offer, and the type of carving stone will be identified as told to us.  There are a few instances where the stone is difficult to identify and the artist also is uncertain of the stone.   Many times they have different parameters in picking stones to carve.  Sometimes stones are picked solely for their color and sometimes the configuration of the rough stone reminds the artist of a figure that the shape might be carved to create.

For example, some artists we work with may state a certain fetish is carved out of Zuni rock.  Lacking specific information of the rock itself, The artist is conveying they obtained this rough material from the Zuni Pueblo area, not ascribing to state the rock’s actual type or name.  However, there is an actual  stone commonly known as Zuni Rock.  Confusing?  Yes!!   It is not unusual to have artistic carvers assign different names for the same stone.  We at SilverTQ, LLC always do our best to properly identify all stones.  However, one should be aware that many stones can be very similar in appearance, often including a variety of different looks within the same stone classification.

Fetishes are considered to be an art form, and should be judged on how they “speak to you” as the purchaser.  As with most art forms, we suggest you choose what attracts you and fits your personal taste.  In general, fetishes were said to have inherent powers associated with various animals.  Please be aware that there are differences of opinions as to what is ascribed to each animal.  Some fetishes have what is termed a medicine bundle on its back or sometimes positioned by its side.  The arrowhead is to protect the fetish from being taken by surprise by an enemy.  The arrowhead may also have the addition of a prayer bundle consisting of small beads, turquoise, and maybe a feather.  These often colorful items are designed to feed and protect the fetish.  Not all fetishes have bundles, and that is not at all to be considered a negative aspect against the piece.

The six directional fetishes and their colors that delineate the order of the world to the southwest Native Americans are as follow:

North = yellow – mountain lion, the elder brother and master and guardian of all of the regions.

General meanings of the various animal fetish shapes will be listed below but be mindful there are other animals not listed.  There exist different interpretations for the referenced animal characteristics, but these that have been chosen represent the opinion of the majority of Zuni fetish carvers.

Ram Zuni fetish carving:  To enhance and increase the herds and flocks, self-worth.

Stones And Other Materials

Carving materials used in making Zuni and Navajo fetishes are covered below.  We at SilverTQ, LLC identify these carved fetish materials as accurately as is possible.   However, it must be stated that the way in which each stone is cut can create vastly different “looks.”  The following list should not be construed as a complete list, as new and different materials are continually being used by most fetish artists:

Abalone is a sea shell that has great iridescence in blue to blue green to more greenish color.

Alabaster from the southwest USA is a form of gypsum that is banded to mottled chocolate brown to light brown, grey, orange and even some greens mixed in with creamy white colors.

Antler is mostly from deer but elk antlers are also used.  The antler generally comes from the southwest USA.

Azurite from the southwest USA is mostly shades of dark blue.  Sometimes azurite is found with malachite forming striking mosaics of blue and dark green.

Charoite from Siberia is a dark purple and black stone with some opalescence.

Coral is from ocean coral reefs from around the globe.  The best specimens are a deep red but can be orange to pink as well.  Fossilized coral has distinct fringed rings and is generally a lighter brown in color.

Dolomite from Missouri, New York, New Mexico and Mexico is a stone known for its soft hues of many colors.  Dolomite can be banded and have layers of cream and brown to opaque and occasionally can be one color that can be a creamy tan and even opaque.

Gypsum is found in many locales and can be opaque to translucent.

Jet is a hard variety of mineral coal called lignite and is intense black that takes a high shine.  Jet is commonly found in the Acoma Pueblo area.

Jasper is a fine grained type of quartz that comes in a wide variety of colors.

Labradorite named for Labrador where it was found in Canada, is a brown to black coloration with distinct areas of iridescence.

Lapis Lazuli is found in Colorado and Chile but is mostly found in Afghanistan and parts of Asia.  Lapis is deep blue with some veining.  Lighter colors with some white inclusions are labeled denim lapis because it resembles denim cloth.

Magnesite from the southwest USA and California can be pure white to banded with browns, sometimes called wildhorse.

Malachite from the southwest USA and Africa is banded with distinct areas of dark and light green color.

Mother of Pearl is a shell that can be a pearled white to a distinct golden or yellow mother of pearl colorization.

Nutria Rock is a banded agate from the Nutria region of the Zuni reservation and is a dark color of brown. Seldom is nutria rock used today.

Marble in the purest form is white, but can be a rainbow of colors depending upon the minerals included in the stone.  Black marble is becoming common, is a heavier stone than jet and is easier for the artist to etch.

Onyx can be a mix of colors and banded distinct areas.  Black Onyx is a dyed onyx material.

Paintstone from many locales is a claystone that can be any color from tan to banded tan and browns to sometimes white.

Picasso Marble from Utah and comes in varied sometimes blotchy patterns of tan, browns, greys and creamy white.  It has become a popular carving stone due to its variety of colors resembling various animals.

Rainbow Calsilica from Mexico has distinct bands of a wide variety of generally bright colors.  There is some confusion about this stone and whether it is real or not.  We present it as presented to us as, a colorful stone used for carving

Serpentine from the southwest USA comes in a wide variety of colors.  Green, grey, black, yellow, tan, brown, pink, red to creamy white and also speckled varieties of theses colors are found.  Serpentine is known by many names. Fish rock is a light yellow green, frog rock is medium light green with splotches and black veins and riccolite is a banded grey and/or green or dark green.  Other color names include serpentine marble, red serpentine and chocolate serpentine.  Serpentine is one of the most used of the carving rocks.

Sodalite can be mistaken for Lapis Lazuli but is generally a lighter hue of blue-gray to lighter blue.

Spiny Oyster is sea shell that is creamy white in the center and can be orange, red, or even purple on the outer fringes.

Sugilite from Japan is yellow brown.  The most used variety is from Africa and is a strong deep purple with faint black veining.

Tagua Nut from tropical areas in northern South America, and is sometimes called vegetable ivory because it is the fruit of the ivory palm.  When mature the nut becomes extremely hard, creamy ivory color and when worked resembles the look of ivory.

Travertine from the southwest USA and Mexico is generally in different shades and configurations in browns, creamy white, beige, pink, and yellow.

Variscite from the southwest USA can look like turquoise but is paler and lacks the ‘depth of color’ that turquoise has.  Variscite is Blue to blue-green in color.

Zuni Rock is a travertine found in yellows, brown, and grey coloration found on the Zuni reservation.  This stone was much used in early times.

All Native American table fetish items marketed and sold by Native American Jewelers, LLC are expertly handcrafted in the USA by a reputable Native American artist.  Imported or imitation items of any kind are not what we sell or endorse.  No matter what the special fetish item may be, you can be assured complete satisfaction.  Individually made, one at a time, each item to be cherished by their owners for generations to come. 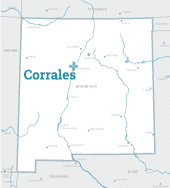